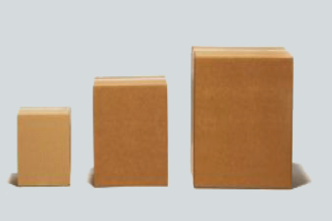 When you give your prospects three choices, most of them will choose the middle option, which is usually called the regular to denote that it is the most popular selection. This helps you up-sell prospects into a more expensive package, while making them feel empowered at the same time. By packaging your BIG Idea into three boxes, you sell more, and sell bigger. As an added bonus, no one ever complains that you charge too much.

The typical salesperson only offers one choice. This leaves a stark yes and no decision and most people will say no because that is the safer decision. But when you offer three choices, people will be able to say no to two options and then say yes to the middle, most popular choice.

In most cases, I suggest the following. Make your existing fast food offering the basic choice. Make your new, gourmet BIG Idea the middle, regular choice, and then create a super-size third choice that takes your BIG Idea to an even higher, perhaps even ridiculous level. Remember that you are not expecting anyone to buy your super-size. If they do, that’s a bonus. It is really there to lead people to your new BIG Idea in the middle.

I love this strategy because it helps people spend the money required to get what they really need. It helps them stop being penny-wise and pound foolish. Too often we think everyone will only spend the least amount possible. But if that were true, we would all be driving the cheapest cars and wearing the cheapest clothes. We are also afraid to raise our prices because we think we will lose sales. That would be true if we only had one choice and we increased the price too much. But this is a different approach. We give them a cheap option, and two more expensive options. But this doesn’t mean they will always choose the cheapest one. In fact, they will go for the middle option 60% of the time on average.

The Three Boxes Strategy is great for two reasons. One, you make more money. But more importantly, by getting your customers to pay more, you are able to help them more. You can spend more time with them, and bring in more and better resources, all of which will help them get the results they really want. So stop just selling one box. Sell three boxes. Everyone will benefit.